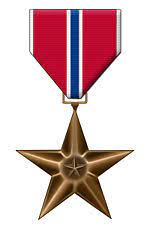 He retired from Consolidation Coal Company (CONSOL Energy) in 2015 where he worked as an underground coal miner for 30-plus years.  Phillip was a U.S. Marine Corps veteran who served in Viet Nam, and was awarded the Bronze Star for meritorious service in a combat zone.  He was an enthusiastic outdoorsman who was fond of fishing and hunting. He was a devoted father, grandfather, and brother who will be missed by his family.

No formal funeral services are scheduled, but the family will observe a private visitation at the Baxter-Gardner Funeral Home in Sherrodsville prior to cremation.  Contributions in Phillip's memory may be made to  Community Hospice, 716 Commercial Avenue S.W. New Philadelphia, OH 44663. To leave an online condolence message please visit the funeral home website.

To send flowers to the family or plant a tree in memory of Phillip M. Yeager, please visit our floral store.