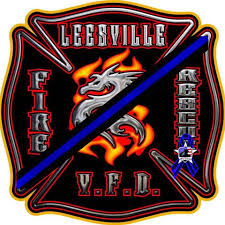 He was born April 5, 1935 in Dennison, Ohio and was the son of  the late David Francis and Marie Leona Henderson Williams.  In addition to his parents, he was preceded in death by his brother and sister-in-law, Tom and JoAnn Williams.

David was an active and faithful member of the Leesville United Methodist Church and was a familiar face at most church activities.  He served for eight years in the U.S. Army Reserves Railroad Battalion.  Always community minded, David was a retired long-time functioning member of the Leesville Volunteer Fire Department who served not only as a fireman, but also functioned as the department's secretary/treasurer, and commonly performed maintenance work in the community for families who needed a little help.  He was a general handyman who liked to "tinker"  with household and mechanical repairs.  He was particularly adept at electrical work and in fact received a late life electrical certification past the age of 70.  He, along with his wife Laura created memorable adventures during his "Get Lost" rides in the car to a number of various destinations.  He was also known to dabble in the hobby of photography.  Dave was a thoughtful husband, father, grandfather, great-grandfather, friend and neighbor who will be missed by his family, his neighbors, and his community..

He is survived by  his wife Laura R. Fisher Williams, whom he married October 23, 1956, his three children Kirk Williams and Mrs. Amber (Jim) Heid, both of  Leesville, Heather Pompey of New Philadelphia, OH, his four grandchildren Mrs. Mara Dai (Jordan) Malterer of Leesville,  Sara Ellen Heid of Dover, OH,  and Haleigh Pompey and John Pompey, both of New Philadelphia, a great-grandson Gavin Michael Malterer of Leesville, a nephew Randy Williams of Dennison, OH and a niece, Mrs. Beth (Mike) Baker.

No formal funeral services or calling hours are currently scheduled, although the family observed a private visitation. The Baxter-Gardner Funeral Home at Sherrodsville is handling arrangements. Contributions in David's memory may be made to the Leesville United Methodist Church, P.O. Box #83, Leesville, Ohio 44639 . To leave an online condolence message please visit the funeral home website.

To send flowers to the family or plant a tree in memory of David E. Williams, please visit our floral store.

No Services are Currently Scheduled