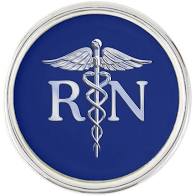 He was born March 18, 1987 in Canton, Ohio, and was the son of Danny B. and Denise F. Dunn McKenzie of New Cumberland, Ohio.  He was preceded in death by his paternal grandparents, James and Donna McKenzie, and  maternal grandfathers Roosevelt "R. G." Dunn and John A. Dale.

Alex was currently employed as traveling ICU nurse, who was assigned to Bellevue Hospital in New York City. He was a former employee of the Cleveland Clinic in Cleveland where he worked for five years.  Following his stay in Cleveland, he began his career adventures as a traveling ICU nurse. This work appealed to him because of his love for travel and his innate need to care for others. He worked in various hospitals across the state of California. He possessed a huge heart, which showed in his dedication to his nursing career.  When he learned of the tragedy of COVID in New York City, he felt it was "the right place and his duty to be there".  A 2005 graduate of Tuscarawas Valley High School, and a 2009 graduate of Kent State University, he also enjoyed athletic endeavors such as riding bikes, rock-climbing, and hiking. Most athletic ventures appealed to him  ... but his favorite sport was basketball.

In addition to his parents, he is survived by a sister, Amanda McKenzie, a nephew, Atticus Mead, and a niece, Addelyn Edwards, all of Cuyahoga Falls, Ohio and his maternal grandmother, Anna Dunn Dale of New Cumberland, Ohio.

A "Celebration of Life" service will be held Sunday, October 10, 2021, beginning at 11:00 A.M.,  in the Tuscora Park Pavilion in New Philadelphia, Ohio. with a friend of Alex and his family, Michael Kelley officiating.. The Baxter-Gardner Funeral Home at Sherrodsville is handling arrangements. Contributions in Alex's memory may be made to the ADAMHS Board of Tuscarawas and Carroll Counties, 119 Garland Drive SW, New Philadelphia, Ohio 44663. To leave an online condolence message please visit the funeral home website.

To send flowers to the family or plant a tree in memory of Alex M. Dunn McKenzie, please visit our floral store.

A Memorial Tree was planted for Alex M. Dunn

Join in honoring their life - plant a memorial tree